← back to
Lonely Ghost Records
Get fresh music recommendations delivered to your inbox every Friday.
We've updated our Terms of Use. You can review the changes here. 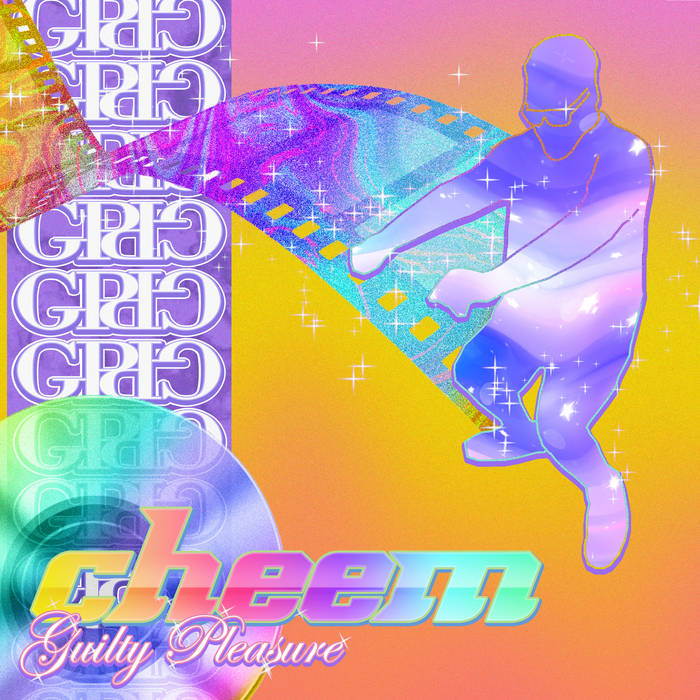 While the layered vocal harmonies and interplay may evoke daydreams of boy bands a la the late 90s/early 2000s, Cheem’s very existence is punk. Refusing to create by anyone’s standards but their own, Cheem, made up of Sam Nazaretian (Vocals), Skye Holden (Vocals/Guitar), Gabriel Weitzman (Guitar), Nathan Porter (bass), and Sean Thomas (Drums), draw as much inspiration from the fast intricate instrumentals of hyperpop as they do from the harmonized pop of NSYNC or technical prowess of Animals as Leaders. Cheem play by no rules and that’s exactly how they like it.

The guiding vision behind Guilty Pleasure is becoming a band free from constraints. With production completely done by Cheem’s guitarist/producer Gabe Weitzman and mastering by Kris Crummett (Sleeping with Sirens, Issues, Dance Gavin Dance), Guilty Pleasure is a selfish record with further emphasis on criticizing the current world of existing as a rock band. The band refuses to let these criticisms discourage them, and proceeds to make the music they aspire to create.

Tracked at the Hartt School of Music
Produced by Gabe Weitzman
Mastered by Kris Crummett
www.interlaceaudio.com


Special thanks to everyone who helped with our release and made our new record a possibility. Some shoutouts below

A "band" from "Connecticut"

Bandcamp Daily  your guide to the world of Bandcamp

Frayle's Gwyn Strang and Sean Bilovecky join the show to talk about their cathartic new album.